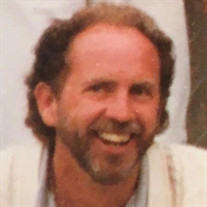 Robert Arth Marcum, a landscape designer, dog lover, and LGBTQ addiction recovery advocate, passed away on February 12, 2022 of heart failure. He was 78. The second of four children, Bob was born on July 28, 1943 in Honolulu, returning to the family orange ranch in Redlands on a troop carrier after the war. His report cards from Lugonia, Kingsbury, and Smiley elementary schools describe a personality that would remain consistent for the rest of his days: “Robert doesn’t tease the others as much as he used to. He draws very nice pictures and has many good stories to go with them.” On an early trip back to Hawaii, Bob won free passage by crafting a costume and dressing up as King Kamehameha I, to great effect. Bob graduated from Redlands High School in 1961. After studying finance at USC, Bob entered the world of real estate, working with his father in Redlands. It was in Redlands that he met his wife, Katherine MacDonald, daughter of the Chairman of Coca Cola Los Angeles. Moving to Pasadena, Bob managed several large-scale office buildings and investment properties for Coldwell Banker (1968-70), and later served as the Western Director of Real Estate for Hilton Hotels (1970-72). At Coca-Cola, Bob went to work for his father-in-law as the Director of Corporate Facilities (1972-1981), overseeing the renovation of the Coca Cola headquarters in downtown Los Angeles, bringing his artistic flair to the beige corporate world: pushing for pops of bright red to be added to the cubicle walls, and a gorgeous patio added to the roof. He was always up for anything, even donning an all-white suit and hat to race a sulky (harnessed horse carriage) at Del Mar on a moment’s notice, in typically fabulous style. After a decade together, Bob’s marriage dissolved, and he embarked on the difficult journey of embracing his identity both as a gay man, and as a designer. He left the corporate world, and in 1982 started the landscape design firm he would run for the next four decades, Bob Marcum & Associates. He designed and installed gardens for countless multimillion dollar homes in West Los Angeles and Santa Monica, and contributed interior designs to Santa Monica jewelry stores and to homes throughout Southern California. Bob was proud to count both his workmen and his celebrity clients as lifelong friends. His designs were brilliant: quintessentially Californian succulents and native plants, mixed with colorful pops of perennials, and gorgeous rock work that he and his longtime team destroyed their knees installing. He loved the beauty of plants such as Japanese maples, and developed strategic lighting to ensure his work was at its peak, even at night. He may even have smuggled plants in from Mexico if the design required it. He loved sculpting topiaries, and could coax even the most stubborn orchid back into blooming. Bob’s constant companions throughout his life were his dogs, and in recent years Bob’s social life revolved around the dog park in Cathedral City, where he had redesigned his most recent home and garden. Before his passing, Bob celebrated over 30 years of hard-won sobriety. Over the years he was active in several LGBTQ and addiction outreach organizations, such as All Saints Episcopal Church of Pasadena. He is missed and loved by his brother, Bert (Pete) Marcum, Jr., his sister-in-law, Barbara B. Marcum, his nephews Glenn and Neal McAdam, and his niece Jill Marcum. A graveside service will be held at Hillside Memorial Park in Redlands at 11am on March 2nd, followed by lunch at the Marcum home. The family asks that attendees demonstrate proof of vaccination, a negative PCR test within three days, or a negative same-day rapid test. The family encourages donations to the LGBT Center of Los Angeles, the Grandview Foundation of Pasadena, or the All Saints Episcopal Church of Pasadena.

Robert Arth Marcum, a landscape designer, dog lover, and LGBTQ addiction recovery advocate, passed away on February 12, 2022 of heart failure. He was 78. The second of four children, Bob was born on July 28, 1943 in Honolulu, returning to the... View Obituary & Service Information

Send flowers to the Marcum family.