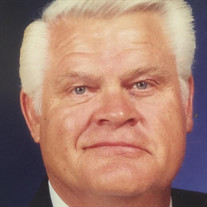 RICHARD LEROY WIMSETT Richard L. Wimsett, a Marine Corp veteran, and resident of California since childhood, died quietly at home on July 20, 2020 of heart failure with his wife, Janet and daughter, Cheryl Wirz attending. He was 85. Born in Indiana, at ten years of age he suffered the loss of his parents and older brother who had just returned from service in WWII. Thereafter, in the care of his aunt and uncle, he moved to San Bernardino, California where he attended Arrowview and Sturges Jr High Schools and San Bernardino High School. While in Jr. High, his exceptional singing voice resulted in him being the only boy chosen to be in the San Bernardino Boy’s Choir; he always loved to sing. At 18 years old he joined the 7th Marines, 2nd Battalion, “Dog” Company which was sent to Korea as replacements for troops lost. Returning home in 1955, he met his wife, Janet, at the then popular Harry’s Roller Rink. Following their marriage on September 17, 1955 in Las Vegas, Nevada, they settled into their home in San Bernardino, eventually moving to Redlands where their family grew up. . He worked as an electrician, trucker, and volunteer Police Officer in San Bernardino before returning to school for a Bachelors Degree from the University of California in Psychology and Sociology, leading to a position as social worker for the County Department of Public Social Service. Following retirement, for approximately eight years, he and his wife started a limousine service with the purchase of a l938 Rolls Royce limousine and additional vehicles. During those years he also served a term as President of the Palm Springs Region Rolls Royce Owners Club. Always being one for adventure, when he saw the notice of a primitive eight and one-half acre box canyon in the rural San Timoteo Canyon, he convinced his wife that it would be a wonderful escapade. Selling their beautiful home, they moved into a 33-foot trailer for two and one-half years pending construction of their new home, installation of such basics as a water well and access to electricity, followed by the eventual purchase of the remaining nine acres of the remote canyon. It was during that time that his wife saw a tiny ad for actors in the local newspaper and suggested he try it. That resulted in a new career. He was active in over 375 parts in movies and television. Identified by Billy Crystal as a look-alike for Boris Yeltsin, the then President of Russia, he travelled the world accompanied by a look-alike for Bill Clinton, who was President at that time; followed everywhere by mobs and news reporters, he found that being a ‘President’ was a very difficult job. He is still seen occasionally in movies that appear on television. . He is survived by his wife, Janet, of nearly 65 years; two daughters, Cheryl Wirz, (Mike), Erin Wimsett, and Son, Roy Wimsett (Sharie); six grandchildren, and ten great-grandchildren, preceded in death by one daughter, Teri Wimsett Wolfe. A memorial will be held at the Wimsett home at a later date.

The family of Richard Leroy Wimsett created this Life Tributes page to make it easy to share your memories.

Send flowers to the Wimsett family.