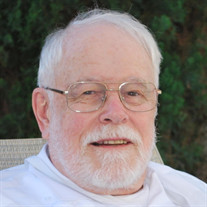 Louis Emmet Mahoney, 1939-2022 Gentleman. Raconteur. Polymath. Professor. Public Servant. Renaissance Man. Louis Emmet Mahoney was born in 1939 in Santa Monica, California. He was the son of Louis E. Mahoney, MD, FACS, surgeon and mayor-pro-tempore of the City of Santa Monica, and Ruth Elizabeth Miller. After his early formation at Loyola High School and receiving BS and MD degrees from UCLA, he took postgraduate training at Los Angeles County General Hospital. A summer clerkship in tropical medicine at the Universidad Nacional Autónoma de México and a summer supervising a filariasis control team in American Samoa led to a commission in the US Public Health Service and an appointment as Medical Officer to the Peace Corps program in Malaysia. He subsequently returned to UCLA to complete master’s and doctorate degrees in public health and to carry out research in tropical diseases and environmental epidemiology. He taught epidemiology for several years at UCLA while serving as epidemiologist for the Los Angeles County Health Department, and then served successively as Health Officer of the city of Long Beach and as Director of Public Health of San Bernardino County. In 1983 he returned to the Public Health Service as Associate Director of a new National Disaster Medical System. He continued PHS service as epidemiologist to the Federal Occupational Health Service and staff to the agency head of the Health Resources and Services Administration, serving as Acting Chief Medical Officer of the Agency during the early Clinton administration. Occasional ventures provided consultations to the Peace Corps and foreign governments. He was particularly proud of his service in India as Consultant Epidemiologist to the World Health Organization program for the eradication of smallpox. His professional accomplishments reflect only a fraction of his brilliance. A serial hobbyist, he pursued a wide range of passions over his lifetime, including mountaineering, photography, aviation, skiing, linguistics, history, model making, computers, genealogy, railroads, (obscure) music, and restoring Packard automobiles. He spoiled his cats, and eagerly explored the OED for precisely the right words. He served for a time as Taoiseach of the O’Mahony Society, and participated in the LA Corral of Westerners. The world is a duller place without his wit and wisdom. He died in Redlands, California at the age of 82 due to COPD. He is survived by his spouse of 56 years, Dr. Antoinette Scott Mahoney; daughter Vivien (Paul) and grandchildren Christine and Ian Mahoney of Redlands, California; daughter Jillian (Dr. Patrick Harrison) and three grandchildren Noah, Emma, and Riley Harrison of Fort Collins, Colorado, and sisters Sheila McKeown, Brenda Lewis-Ruggiero and Kevin Mahoney of Los Angeles. The family plans a private dispersal of his ashes, with a celebration of life gathering for family and friends to be scheduled at a future date, likely in mid 2022. In lieu of flowers, donations may be given to Habitat for Humanity, the ACLU, or PBS.

Send flowers to the Mahoney family.