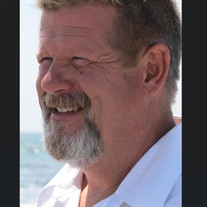 Kenneth (“Kennie”) Nelson, 66, passed away peacefully at home on Saturday morning, January 22nd, in Loma Linda, California. He leaves a legacy of family, friends and even strangers whose lives he touched. Kennie was born in Hollywood, California in 1955, the second of 4 children. He exhibited a love of anything with wheels at a very young age, which love only increased over the span of his lifetime. Although he loved his family so very much, we like to joke that cars were his first love! Kennie could tell the year of any older model car from any feature even as small as a taillight, and he was always spot on! He purchased his beloved 1948 “Woody” in high school, refurbished it more than once, and kept that car his whole life until he sold it just in the past year – an incredibly sad day indeed. Although many people thought Kennie’s cars defined him, those who knew him best knew that what really defined him was far deeper. He had an abiding love for his family – all of his family: the family in which he was raised, the family he created with his wife, Sarah, his many nieces and nephews, aunts, uncles and cousins. Kennie possessed many Christ-like attributes. He was a man of great integrity and loyalty. When he made friends, they became friends for life. He had a huge but tender heart, with a particular empathy for those who were overlooked, those some considered as the “underdog.” He made everyone feel comfortable in his presence no matter their station in life, and never hesitated to ask tough questions. He spoke with honesty and sincerity and expected others to do the same. He didn’t speak ill of others, but could always find the good in those others might dismiss. Kennie was raised in an extremely artistic family, and it showed up in his life as a talented cartoonist. He often used this talent to connect with others, bringing out smiles and laughter. As a young adult, Kennie served a two-year mission for the Church of Jesus Christ of Latter-day Saints in Nagoya, Japan, becoming fluent in Japanese. Language did not come easy for him – he had to work extremely hard for it – but he used this language throughout his life, particularly in business. After returning from this mission, he attended Brigham Young University in Provo, Utah, during which time he met and married his sweet, spunky and beautiful wife, Sarah Sigman. After they completed college and had their first child, Levi, they moved to Japan where they lived for 6 months before settling down in Long Beach, California, where they raised a lively, beautiful family of five children. In the last 4 years Kennie and Sarah were blessed with 6 grandchildren, who loved nothing more than to climb up on their grandpa’s lap, show him their toys and books, and give him hugs. He was loved by his children and adored by his grandchildren. Kennie’s professional life was largely centered around his first love – cars! Whether buying and selling for his Japanese contacts, restoring vintage cars for himself, or driving big rigs, he continued to surround himself through vocations and hobbies with anything that had wheels throughout his life. Kennie is survived by his beloved and devoted wife of 39 years, Sarah, of Loma Linda, California, his son, Levi (Katrina) Nelson, daughters Hannah (Chris) Samayoa, Sarah K (Justin) Arceneaux, Emma (Austin) Favero, and his son, Isaac. He is also survived by his brother, Kevin (Jana) Nelson, and his sister, Teresa Mataitusi. He is preceded in death by his parents, Wendell and Arlene Nelson, and his sister, Wendy Jorgensen. Kennie was a devoted husband, father, grandfather, son, brother, uncle, cousin and friend. Although he is missed, he will be loved forever. His memory will be celebrated at a memorial service on Saturday, January 29th at 11:00 a.m. at the Church of Jesus Christ of Latter-day Saints located at 640 S. Center St., Redlands, California. The graveside service will be held in Spanish Fork, Utah where he will be laid to rest. Date pending.

Kenneth (&#8220;Kennie&#8221;) Nelson, 66, passed away peacefully at home on Saturday morning, January 22nd, in Loma Linda, California. He leaves a legacy of family, friends and even strangers whose lives he touched. Kennie was born in Hollywood,... View Obituary & Service Information

In Loving Memory of Kennie Nelson

Send flowers to the Nelson family.