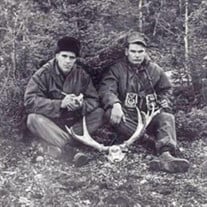 John Stuart Ryan Sr., 75, died unexpectedly on December 26, 2021, in Loma Linda, California. A Vietnam veteran, he succumbed to complications from life-long health issues resulting from exposure to agent orange. After retiring from the military, his transition to non-military life was multi-faceted. He took pride in serving his country and was decorated with many awards both combat and non-combat related. He was a self-made man and true visionary. He was born on August 10, 1946, in Kansas City, Missouri to Robert Ryan and Rita Couture. Early life was difficult, but he had his older sister Pat beside him throughout their challenging childhood. At 17, he enlisted in the military. He joined the US Marine Corps and served for eight years, learning many skills including photography at the Kodak School. He transitioned to the US Army where he served as a senior jumpmaster for many years. He was part of the Department of the Army Special Photographic Office (DASPO). He had postings in Vietnam, Latin America, Germany, and stateside with his final posting at the Pentagon (1981 – 1983) with a top-level security clearance. His military service totaled 22 years, with multiple awards and accolades, including the Purple Heart and Silver Star with Valor, amongst others. Many of his iconic photographs were published as well. After retiring from the military, John transitioned to civilian life. His creation of an import/export business of Guatemalan textiles met with limited success. Afterwards, he was a Junior Reserve Officer Training Corps (JROTC) instructor for two years in Pueblo, Colorado. He subsequently completed a computer-aided design (CAD) software certification and went into business creating blueprints for the cable industry in California. He moved to Arizona, becoming an operations manager in the telecommunications industry for five years. He then relocated to Nevada and operated Hush-Hush Photography, specializing in portraits, for 14 years. His final career change had him joining US Bank in Las Vegas to pass the time before finally retiring which he was immensely enjoying. He loved to tell everyone “I’m Retired”. John was a world traveler, for both work and pleasure, meeting all sorts of people. He enjoyed the distinction of having visited all seven continents. As a private in the Marines, he participated in a shooting competition with the USA taking on the UK team. His winning perfect score of three bull’s eyes which brought home victory to the United States. The next day, as the youngest member of the team, he attended a banquet at Buckingham Palace, where he was seated next to Queen Elizabeth II, and enjoyed an intimate conversation with her. Despite all the obstacles and challenges he faced, he subsequently emerged as a “glass half full” person. He always had a can-do attitude, working on home projects, painting, cooking, and making the back yard patio just right. If you stopped by, you’d often find him out there, on ‘the veranda’ living the good life. His coffee had to be just right: with a generous amount of creamer and one “yellow” sugar. He was a lifelong learner, and in 2019 was awarded an honorary Bachelor ’s degree in Environmental Studies from Yale University. He loved Bob Dylan. He loved da Bears. He always had a camera around his neck documenting family gatherings, travels and the environment. He loved to tell and embellish stories of all sorts and loved pulling one’s leg. His advice when hearing you were going on a trip always was ‘take lots of pictures.’ He had a large and extended family. His oldest daughter is Tara Long from his marriage to Maureen Long. He has three children, María, Ana Mónica, and John Jr., from his 15-year marriage to Jeannette Burkhart. However, he never gave up looking for love, and found ‘his Queen’. On November 8, 2018, “Vegas Marries the Military” bestowed on him and his wife, Dolores (Dee) a complete wedding (gratis) in honor of his distinguished military service. He is survived by Dee, all his children, daughter in law Emily, “little brother” Bob, and grandchildren: Vincent, Zain, Mariana, Cecilia, and John III. He frequently reminded everyone that he was “The Real” Grandpa. His good-byes always included ‘be good, be safe’ or alternatively “good night and good luck.”

Send flowers to the Ryan family.