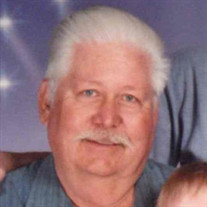 Jack R. Schlapkohl, 77, of Riverside, California, passed away at the Arlington Gardens Care Center on January 29, 2022. He was surrounded by family when he slipped away. Jack was born in Redlands, California in 1944 and was the youngest of three children born to Elmer and Dorothy Schlapkohl. He was raised in Mentone, California and attended school in Redlands. Jack is survived by his loving wife, Kathryn, daughter Carolyn (Jack); sons Steven and David; and five grandchildren, David, Samantha, Katie, Matthew and Madison. He was preceded in death by his parents, Elmer and Dorothy Schlapkohl; his two sisters, Virginia (William) Bennett; and Sally (Bobby Jo) Erwin; numerous nieces, nephews, cousins and friends. After graduating from Redlands High in 1962, Jack entered the Navy. He proudly served his country for four years and remained in the reserves for an additional two years. During his service he completed three tours in Vietnam. His ship, the U.S.S. Berkeley (DDG-15), was part of the United States Naval Task Group 77.5. In 1964, they were awarded the “Navy Unit Commendation” and the “ Presidential Citation” for outstanding performance above and beyond the call of duty, during a search and rescue mission, by then President John F. Kennedy. Jack and his wife Kathryn met in 1957, in the eighth grade, and were friends all through their school years. After Jack’s return from the Navy, they reconnected in 1967 and married in February of 1968. They were married for 54 years. Jack attended college in Long Beach while working full time at the Texaco Oil Refinery in Wilmington and raising a family. He studied Instrumentation, graduated in 1976, and had a career as an Instrument Tecnician for over 42 years. He was an avid gun enthusiast, loved to fish, especially with all the family, and had had a large collection of model trains. Jack was a devoted husband, father and grandfather. He loved God and his family. He will be missed. A graveside service will be held on March 8, 2022 at 10:30 a.m. at Montecito Memorial Park, 3520 E Washington St., Colton, Ca.

Jack R. Schlapkohl, 77, of Riverside, California, passed away at the Arlington Gardens Care Center on January 29, 2022. He was surrounded by family when he slipped away. Jack was born in Redlands, California in 1944 and was the youngest of... View Obituary & Service Information

In Loving Memory of Jack Schlapkohl

Send flowers to the Schlapkohl family.