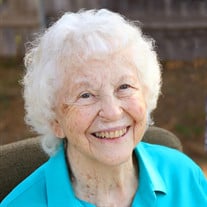 Grace Joan Stienstra’s faith became sight when she passed away on August 31, 2021 after a short battle with pancreatic cancer. She was born in Artesia, CA in 1931 and was the third of six children of John and Gretine Van Uffelen. When Grace was 4 years old, the Van Uffelen family moved to Colton, where her father and mother operated a dairy farm. Years later they moved to Loma Linda and continued the dairy operation on Redlands Blvd. and then Mission Road. When the Mission Road dairy was torn down and the land developed into housing one of the streets was named “Van Uffelen Drive.” The old farm house she grew up in is still there to this day. She attended Mission Elementary School, Redlands Christian School and Redlands Senior High School where she graduated with the class of 1949. In 1948 Gerald Stienstra moved to Yucaipa, CA from Hull, Iowa with his parents. Gerald and Grace met at church and were wed in Redlands, CA at the Christian Reformed Church on the corner of W. Lugonia and Clay Street in 1951 and lived their entire married life in the Redlands area. Gerald passed away in 2004 and Grace moved to Inland Christian Home in Ontario in 2005. Grace was a professional homemaker and kept busy doing what it takes to raise 5 children. She bought a sewing machine in 1951, made all of her own clothes for decades and mended and altered countless pieces of clothing for others. She also was an avid crocheter and knitter and even won 1st prize at the LA County fair for fastest knitter. She was an active member of the Parent Teacher Association at the Redlands Christian School, the Guild at Salem Christian Homes and the Ladies Aid Society at the First Christian Reformed Church. Later in life she took up bowling and was on a league at Empire Bowl where she was the League Treasurer. Her highest game was a 280. Grace was a sister of 5 siblings, wife of Gerald for 53 years, a mother to 5 plus the in-laws who she considered her own children, a loving Grandmother and GG (Great Grandmother), a loyal friend to many and a faithful child of the one true God, who she came to know as her Lord and Savior at the age of 12. While she was certainly a stubborn Dutch woman, she was loved by all and those who knew her remember her warm smile, easy laugh, genuinely caring personality and great cooking and baking skills. She lived up to her name by being “graceful” and was always happier serving others rather than being served. She was preceded in death by her husband, Gerald, her parents and brothers Bud and wife Estella, Dick and John. She is survived by her sister Annamae Meelker, brother Gerrit Van Uffelen and his wife Bonnie, sister-in-law Winnie Van Uffelen, brother-in-law Jim Stienstra and his wife Linda, children Gerald, Ken and his wife Jessie, Joan and her husband Dan Dundon, David and his wife Lisa, Carol and her husband Kevin Caldwell, 10 grandchildren and 15 great-grand children. A graveside service will be held at Hillside Memorial Park at 1540 Alessandro Road, Redlands, CA 92373 on September 10, 2021 at 9:00AM and a Memorial Service will follow at 11:00AM at the First United Reformed Church at 6159 Riverside Drive, Chino, CA 91710. The Memorial Service will be livestreamed at www.chinourc.org. Click on the “LIVE STREAM” link on the top of the home page. In memory of Grace, contributions may be made to Inland Christian Home located at 1950 S. Mountain Avenue, Ontario, CA 91762 or Salem Christian Homes at 6921 Edison Avenue, Chino, CA 91710 .

Grace Joan Stienstra&#8217;s faith became sight when she passed away on August 31, 2021 after a short battle with pancreatic cancer. She was born in Artesia, CA in 1931 and was the third of six children of John and Gretine Van Uffelen. When... View Obituary & Service Information

The family of Grace Joan Stienstra created this Life Tributes page to make it easy to share your memories.

Grace Joan Stienstra’s faith became sight when she passed away...

Send flowers to the Stienstra family.