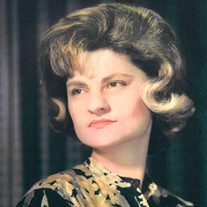 Dagmar Lewis Poole, 83, passed away peacefully on September 10, 2021 in Redlands, California, following a long illness. Dagmar and her identical twin sister Sybille were born October 22, 1937, in Teplice-Šanov, Czechoslovakia, to Curt and Elsa Lewy (later, Lewis). The family emigrated to the United States in 1939, settling in Galveston, Texas. Dagmar graduated from Galveston’s Ball High School in 1955. She earned a bachelor’s degree in elementary education from Sam Houston State University, where she was an active member of the Kappa Delta sorority. Dagmar, who ran a strict classroom, taught elementary school in Houston until 1964. She married Maurice Dale Poole, then of Pasadena, Texas, in 1965. Dagmar and Dale raised their family in Pasadena until Dale’s career brought them to Redlands in 1986. After she left teaching, Dagmar focused her attention on her family. She was an exceptional cook and a fastidious homemaker. Dagmar enjoyed a lifelong passion for reading that she passed on to both her children, and she loved talking with her sisters and friends. She appreciated simple pleasures, and in retirement, she and Dale enjoyed daily trips to Starbucks for a vanilla latte and (sometimes!) a sweet treat. Throughout her life, she demonstrated extraordinary resilience and strength. She was a fiercely loyal and protective daughter, sister, wife, mother, grandmother, and friend, and she will always be missed. Dagmar is survived by her cherished husband of 56 years, Dale; her son and daughter-in-law Eric and Julie Poole; her daughter and son-in-law Brooke and Michael Clark; her sister and brother-in-law Sybille and Ben Moore; her sister Claudia Scaggs; her grandchildren Claire and Scott Poole; and several nieces and nephews. A celebration of Dagmar’s life will be held at Cortner Chapel in Redlands on Friday, September 24, 2021, at 11:30 a.m., followed by a graveside service at Hillside Memorial Park. In lieu of flowers, memorial donations may be made to St. Jude Children’s Research Hospital, or to the charity of your choice.

The family of Dagmar Lewis Poole created this Life Tributes page to make it easy to share your memories.

Send flowers to the Poole family.