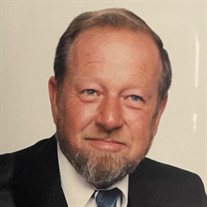 Buddy Neal Long passed away January 25th, 2022 with his beloved wife Carole by his side. Bud was born November 9th 1934 in Carrollton Missouri to Daffodil and Franklin Long. As a child, during the depression, Bud’s family moved to California and eventually settled in San Bernardino County. After graduating from San Bernardino High School Bud enlisted into the United States Marine Corps and proudly served his country for four years at Camp Le Juene North Carolina. While enlisted, Bud married Carole White and once discharged, they returned to California to be nearer to their families. Bud became a civil servant and worked briefly at Norton Air Force Base as a cost analyst. As a very ambitious young man, Bud was determined to become a business owner and soon opened his first auto parts dismantling firm on Mill Street in San Bernardino in 1963. He opened his second and then third yard on Rialto Ave in San Bernardino shortly thereafter. U & I Auto Wrecking became a prominent mainstay in the San Bernardino area for over fifty five years. Bud was a very accomplished businessman and never shied away from long hours and hard work. He had a very mechanical mind and could invent, create and build almost anything. Bud was also a gifted woodworker and designed and crafted many beautiful furniture pieces, wood accent trims, staircases and mantles. Bud was a unique and generous man and had many friends and family members that enjoyed his humor and willingness to share a good joke. Bud and Carole raised four daughters, Kathleen Collins (John), Karen Cassianni (Gary), Kelly Lightfoot (Mark) and Kimberly Garrett (Todd). The girls blessed Bud and Carole with twelve grandchildren and twelve great grandchildren. Bud had many interests and passions in his life and was very fortunate to pursue and accomplish most of them. He was always working on an invention or a project but would willingly drop anything to lend a hand or help someone out with a problem. Bud was a well liked man by his friends and a well loved and respected man by his wife, daughters and grandchildren. Bud is survived by his wife of sixty seven years Carole, his four daughters and twenty four grand and great-Grandchildren. We will never forget his love for us and we count our blessings that he was such a huge part of our lives. Bud will be forever missed by each and every one of us. A memorial service will be held Tuesday February 8th at 11:00AM at Cortner Chapel 221 Brookside Ave. Redlands, CA 92376 Internment will be private

Buddy Neal Long passed away January 25th, 2022 with his beloved wife Carole by his side. Bud was born November 9th 1934 in Carrollton Missouri to Daffodil and Franklin Long. As a child, during the depression, Bud&#8217;s family moved to California... View Obituary & Service Information

In Loving Memory of Buddy Long

Send flowers to the Long family.